The November SEHA meeting was held at Mornington. After the meeting Val Wilson and Frank Green from the Mornington Historical Society gave us a very informative tour of Mornington Park.
Mornington Park was temporarily reserved as a park on November 24th, 1863 and permanently reserved as a ‘place for promenade and recreation’ on May 1st, 1874. It shows the foresight of the citizens of the town that they worked to have the Esplanade frontage permanently reserved for recreation.

In her history of Mornington (see details below) Leslie Moorhead has written an interesting account of Mornington Park, which is worth quoting in full.

The Mornington Park has been truly a place of recreation throughout the past century. Picnic parties have come from the city and suburbs by horse-drawn drag, by steam boat, by steam train, by “charabanc” and by motor bus to the park to enjoy a day by the seaside under the spreading cypresses, trees which seem designed for easy climbing by small adventurers. Sports Clubs have exercised on the cleared grass, the Fire Brigade has practiced with hose and wheel on an asphalted area ; until the late 1920s cyclists trained on a circular track, and earlier residents enjoyed the delights of a Rotunda in the park with a dancing floor below and a bandstand above. 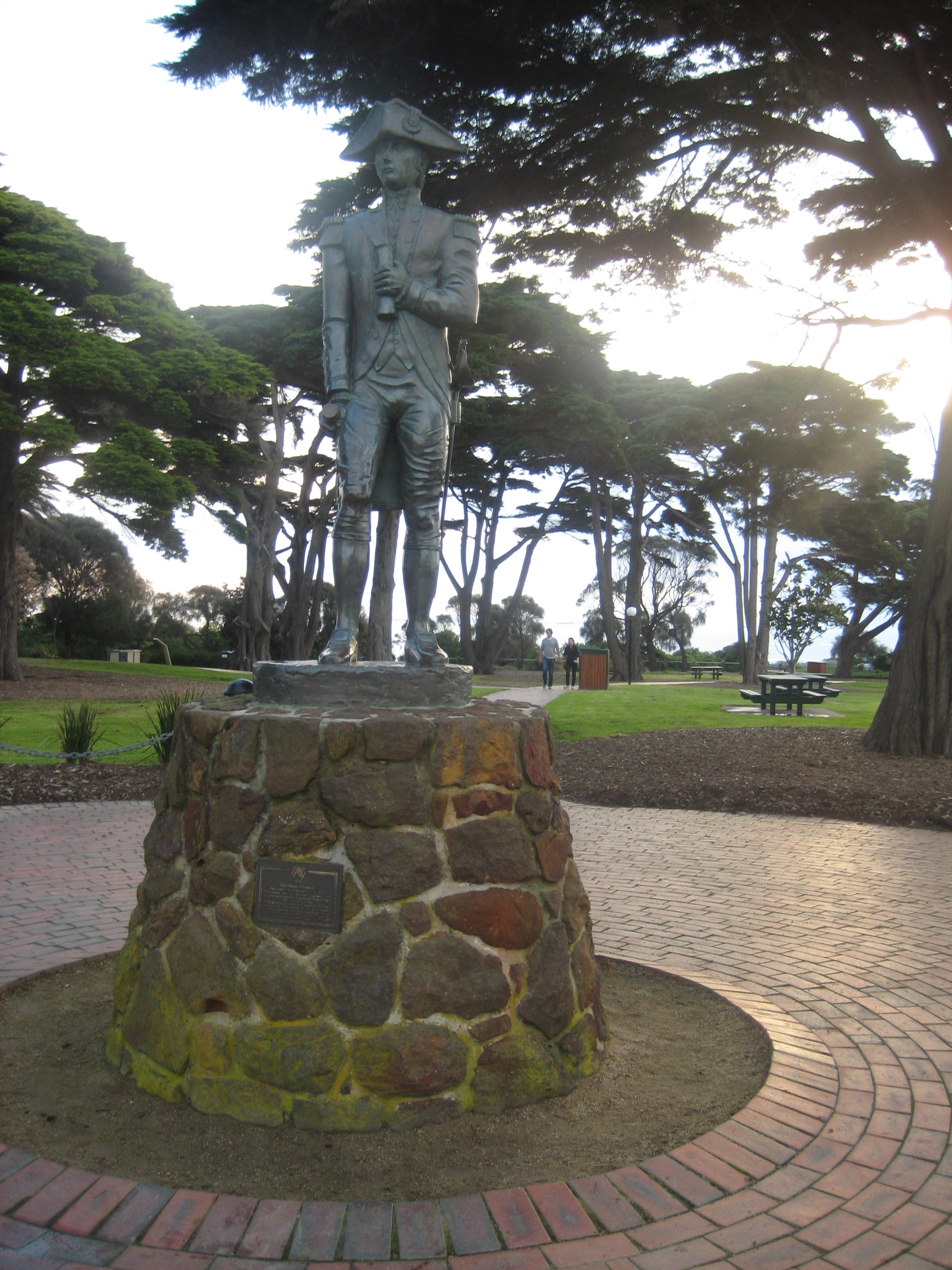 There is a statue of Matthew Flinders, unveiled in 1888, in the Park. Flinders had made a survey from Schnapper Point on April 29th, 1802 when he was exploring in the area in the Investigator. The distinctive stone archway at the entrance was erected in 1932 as part of an employment scheme during the Depression. On an opposite corner to the Park is a very poignant monument to the 1892 Football disaster. Fifteen members of the Mornington Football Club were returning, on Saturday May 21st, from the match at Mordialloc in the fishing boat Process. It sunk and all lives were lost. Only one body was recovered, that of Alfred Lawrence, aged 19. The deceased were Charles Hooper, aged 35, the owner of the Process and his 14 year old son also called Charles ; John Coomber, aged 31 ; three sons of the Presbyterian Minister at Mornington , the Reverend James Caldwell. They were James aged 21, William aged 19 and Hugh aged 17 ; Charles Allchin , aged 19 ; William Grover aged 25 and his nephew also called William Grover, aged 17 ; James Firth ; Charles Williams and John Kenna, aged 18.